A former coach of LOVE 4 TENNIS Martina Sucha: I like the atmosphere and the vision of the Academy

A former coach of LOVE 4 TENNIS Martina Sucha: I like the atmosphere and the vision of the Academy

A Fed Cup winner and a former No. 32 of the WTA ranking Martina Sucha was a coach at the LOVE 4 TENNIS Academy for three years. Now, she is coaching at the John McEnroe Tennis Academy in New York. She told us more about her beginnings at our Academy and about things she liked about the project of our head coach Erik Csarnakovics.
Your coaching beginnings are connected to the LOVE 4 TENNIS Academy. What are your memories of that period?
It was great because we (coaches) understood each other. We had similar opinions regarding tennis and the whole package of the preparation. What I liked about Erik Csarnakovics is that he did not do things randomly. He has always had a vision to follow. This is the main difference among his Academy and the other ones.

Did you like coaching from the start?
When I finished my career, I was not planning to become a coach. The idea came slowly. In the end, I liked it and I was entertained by it. Right after I had told myself that this was a thing I wanted to do in the future, an offer from Erik came. I accepted it as its big advantage was that a team in the Academy included tennis and fitness coaches. There had always been such a great atmosphere. One could really enjoy this style of work.

Were there any players whom you cooperated closely with?
I spent a lot of time with Sarlota Cesnekova a Danica Milinkovicova. But I will not name everybody because there was no such thing as the strict appointment of the coach to a specific player.

In your opinion, what is the main advantage of L4T?
In Bratislava, there are several academies that had taken over the function of the tennis clubs. There was a time when clubs were offering individual and collective training, facilities for a player, but lot of clubs are not like that anymore. On the other hand, academies are offering tennis, fitness trainings and sparring partners. I do not think that it is enough for a tennis player to have his personal coach. He needs sparring partners, too, especially at young age. Juniors players need to play in a team of people, and they can do it in LOVE 4 TENNIS Academy. This is its main advantage.

Can you imagine that you would come back to Bratislava and to our Academy?
Not now, because my plan is to stay in New York but I can‘t exclude anything. I will come to Slovakia one day but I do not have the exact plan.

Martina Sucha (32) is one of the most successful female tennis players in Slovakia. She has been in the USA for more than 20 months. She has cooperated with a lot of adult clients in the John McEnroe Tennis Academy but now she is responsible mostly for children and junior players. Her visas will expire in the February of 2014 but she wants to stay and coach in the USA one more season. 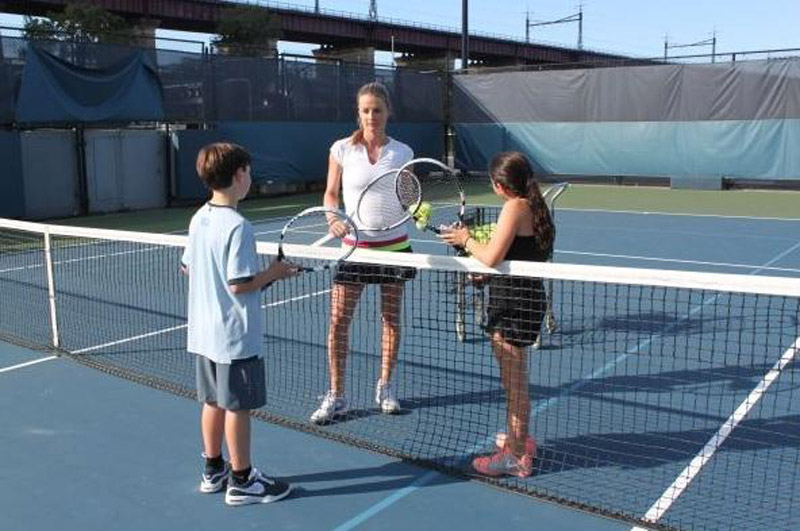