LOVE 4 TENNIS player Danylo Kalenichenko has had great weekend. In one day he played at two tournaments. On Saturday, August 6, he won the singles qualifying match at STRABAG Challenger Open 2016 and immediately after he moved to Piestany to win the Futures doubles title.

Kalenichenko made it to the doubles final in Piestany together with David Pichler from Austria. They played fourth tournament together, won their third title. For Kalenichenko, it is his sixth title this year and ninth overall. “We both wanted to play Challenger in Trnava in singles, so we hoped for good weather forecast so that our matches will not have any delay. It was very rainy in Trnava on Friday night, courts were wet but luckily we finished our matches before noon, so we had time to move to Piestany to play doubles final there,” said Danylo Kalenichenhko about his busy schedule on Saturday.
“Supervisor in Trnava was very kind to us in scheduling the games early. We played the final in Piestany not before 2pm, so it was manageable. Trnava and Piestany are not far,” said LOVE 4 TENNIS Academy member.

Ukrainian tennis player had this experience from the past. “Two years ago, I had opportunity like this one, but I declined. Now I did it, because the distance was not as big between those two cities. I remember two years ago, my Romanian doubles partner Victor Vlad Cornae was successful. We played doubles semi-finals in Opava, after he played first qualifying round in Bratislava. It was about 300km but he made it,” laughed Kalenichenko.

Final qualifying round in Trnava

Kalenichenko beat Turk Ergin Kirkin 6-2, 6-0 in the first qualifying round in Trnava and on Sunday he was successful against Spaniard Juan Lizariturry 3-6, 6-1, 6-1. “It was very difficult match. He was concentrated from the beginning, played well . I was down 0:4. However in second set, he lost tempo. I started to believe in myself more and I had better length of strokes. It was more difficult for him to play lifts. Spaniards are great on clay. I tried to go to the net more and be the active one. I managed to break his resistance and his good play from the baseline,” said Kalenichenko after advancing into final qualifying round where he lost against Czech Roman Jebavy in two sets 3-6, 6-7(4). 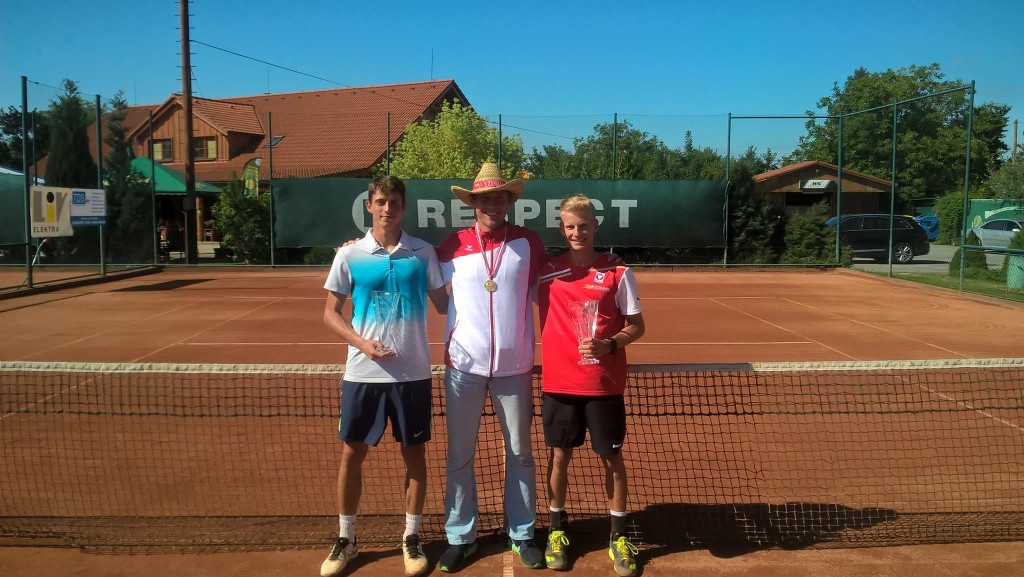