Marchenko, the new member of LOVE 4 TENNIS Academy, has won a challenger and he is eager to train in our club

Marchenko, the new member of LOVE 4 TENNIS Academy, has won a challenger and he is eager to train in our club

He said that was thinking his 2014 season was over. But he has changed his mind and played Trofeo Citta di Brescia challenger in Italy. Illya Marchenko (27) pulled double duty on Sunday in Brescia, winning the singles title over Farrukh Dustov 6-4, 5-7, 6-2, and claiming the doubles crown alongside Denys Molchanov. It was his third title on the ATP Challenger Tour. And another good news is that he is eager to train in our club next season!  And he is not the only newcomer  to  the club…
Marchenko has been in a good shape during the recent weeks. He was in the quarterfinal of the Slovak Open tournament in Bratislava and couple of days later he won singles & doubles in Brescia! “Two weeks ago, my season was over. I had nothing to prove and nothing to gain. Then, I changed coaches and improved some things. It was a fantastic week, thanks to the crowd. Next year, my goal is to reach the Top 50 in the Emirates ATP Rankings,” said Marchenko (No. 134 for now) for the tournament website.
Head coach of the L4T Academy Erik Csarnakovics was in Brescia to watch the matches of Uladzimir Ignatik but he saw Marchenko in singles and doubles, too. “Illya had already been playing well in Bratislava. The hard court was not his favorite but it was clear that he was getting better and better. He dominated  the court in his play against quality players. He and Dustov, who was in the final again (after Bratislava), had the best form,” said the head coach.
Csarnakovics had a meeting with Marchenko in Bratislava when he was playing challenger. And there was another interesting person there, the former coach of Dominik Hrbaty – Tibor Toth from Slovakia. “We sat down together and we asked him if he would train at our Academy L4T or not. We have agreed that he would play with our players and Tibor Toth would supervise the training process. Marchenko is a friend of Ignatik and they are neighbours in Bratislava. They are going to take part in the fitness preparation in High Tatras together soon. Then, in January,  Marchenko is leaving for Australia. And after his arrival, they are going to play in LOVE 4 TENNIS,” Erik revealed.
Besides  Marchenko, there is another new member of our Academy. Twenty-three years old Russian Andrey Kuznetsov. He is No. 82 in the ATP ranking. “Andrey was playing in our club in the past under the supervision of Mojmir Mihal. He was often in Bratislava with his father who is a coach, too. He travels a lot but whenever he is near us, he will play in the LOVE 4 TENNIS Academy,” added Csarnakovics. 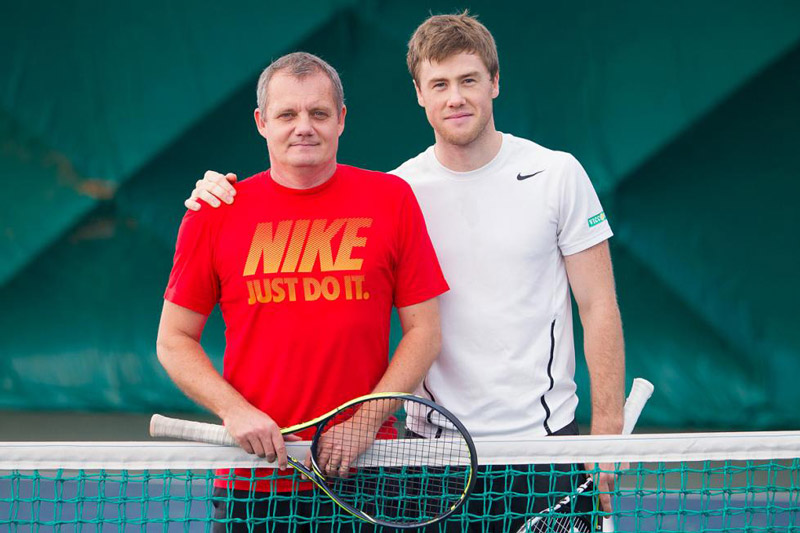